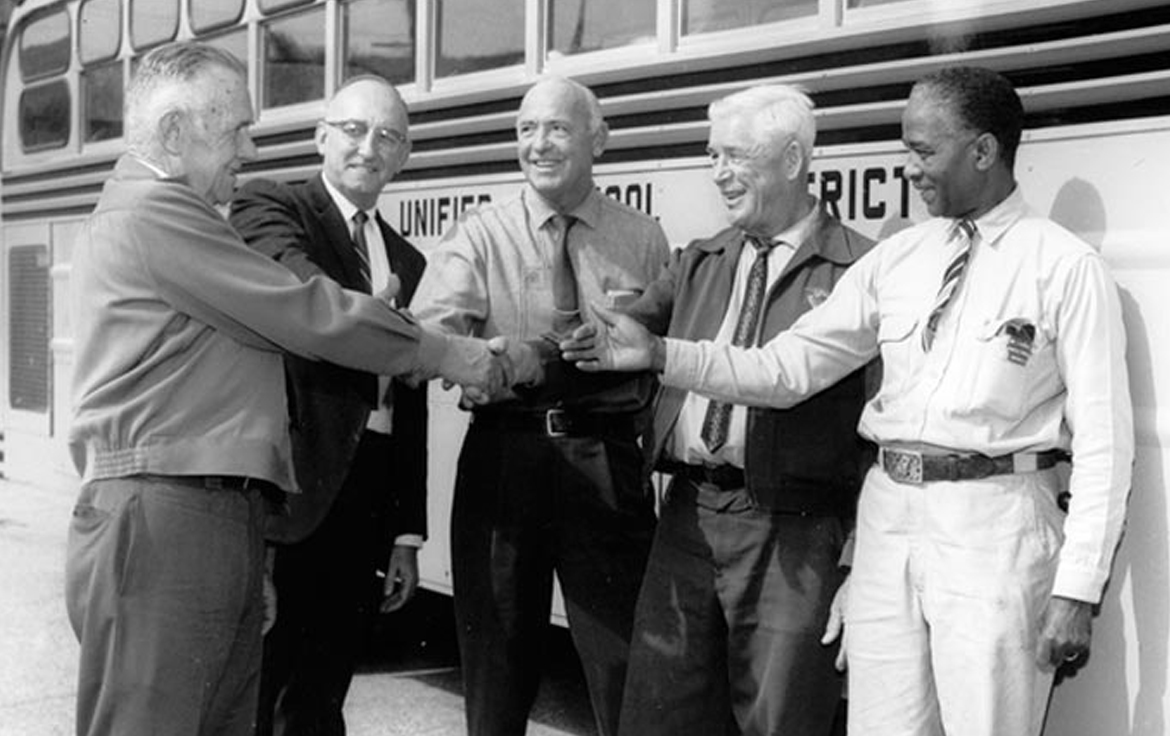 CSEA began in 1927 when a group of Oakland school custodians set out to secure retirement benefits.

A group of nine men and one woman assembled for CSEA’s first conference. During the three-day meeting, they established a framework for the union and set an agenda of progress that continued to elevate the status of classified employees for the next 90 years. From the Capitol to the bargaining table, CSEA has pursued the interests of classified employees up and down the state, transforming non-certificated, “support staff” into classified professionals and respected partners in the education community.

1920s
In 1928, just a year after CSEA formed, the union helped push through SB 551, which allowed school districts to establish retirement benefits for all school employees, not just teachers. More importantly, it became the first law on the books recognizing school employees other than teachers and administrators.

1940s
In the years following World War II, CSEA established itself as an important part of the education community. In just 10 years, membership shot up from 1,400 members to nearly 10,000. Having found strength in numbers, CSEA demanded that basic rights and benefits, which had been enjoyed by teachers for years, should finally be extended to classified employees.

1950s
In 1958-59, CSEA helped establish the “Classified Bill of Rights.” These new laws included the 40-hour week, sick leave, vacation and bereavement leave and laws prohibiting age discrimination. Classified employees, who had long considered themselves partners in education, were finally getting some of the recognition they deserved.

1970s
Despite these gains made at the state level, treatment of classified workers varied greatly from one district to the next. In 1975, collective bargaining gave the union power to negotiate at the bargaining table and to represent employees under the full strength of new labor laws.

1980s
After Proposition 13 passed in 1978, many school programs such as transportation, music, art and athletics began to disappear. Classified employees who worked in those programs lost their jobs or were shuffled around. In 1988, CSEA and the education community supported Prop. 98, which guaranteed a minimum level of state funding for public schools.

1990s
CSEA worked successfully to stop politicians from an attempt to raid employees’ pensions to pay for other programs. CSEA also helped stop a harmful voucher campaign that would have undermined the state’s public school system.

During the COVID-19 Pandemic, CSEA helped create historic layoff protections for classified employees during a time of great uncertainty. CSEA also helped establish new job opportunities for paraeducators and other school staff, as well as ensure safety protocols to safeguard the health of both school staff and students.

CSEA’s success is a testament to its members
Today, CSEA represents nearly 250,000 workers, making it the largest classified employee union in the nation. The union’s success in legislation, contract negotiations, retirement benefits, safety measures and protection of employee rights is a testament to the hard work of all CSEA members.