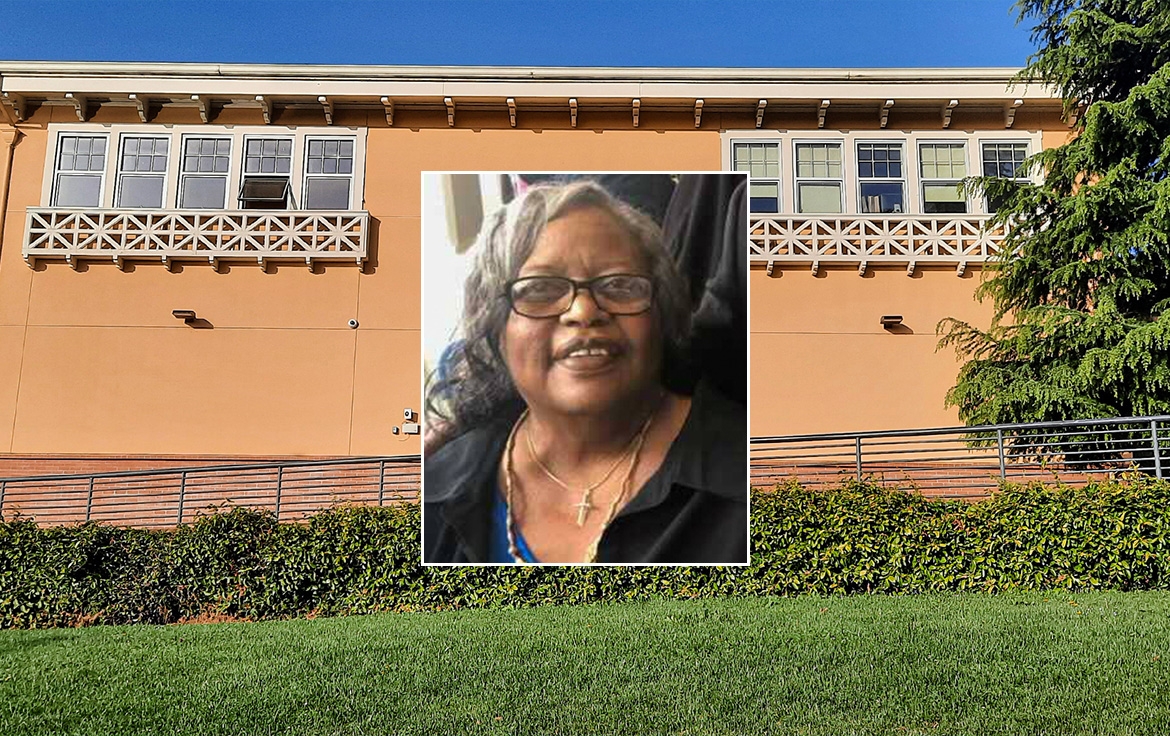 Outside the halls of Tamalpais High School’s newly christened Barrow Hall, a bronze plaque hangs in dedication to a cherished classified employee with the same name.

“Jewel was a very well-respected figure at Tam, having a positive impact on students, staff, and the community,” said J.C. Farr, principal of Tamalpais High School. “Jewel was instrumental in the development of so many young people, so we thought it was befitting to name a building after her.”

Barrow's impact spans 50 years
Within the 110-year history of the school, Barrow’s impact spans over 50 years as a student, graduate and employee. Before joining Tamalpais Chapter 54, Barrow’s career began in 1968 as a switchboard operator before becoming an instructional aide and paraeducator, among other roles.

Throughout her time at Tamalpais High, Barrow has truly seen it all when it comes to racial equity: from the school’s race riots in the ‘60s, to renaming the mascot from “Indians” to “Red Tailed Hawks” in the ‘80s. Today, Barrow Hall stands as a powerful reminder of how far we have come and how much further we must go for racial equity in public education.

“Most of the kids back then had different classes from one another, which I really didn’t know about until I found out some were for so-called ‘lower’ students,” Barrow said. “A lot of students had no idea about the differences until somewhere in the ‘60s, they found out we were treated unfairly. So, there were a lot of protests. We let them know that we weren’t going to stand for it anymore. We wanted to be equal just like everyone else.” 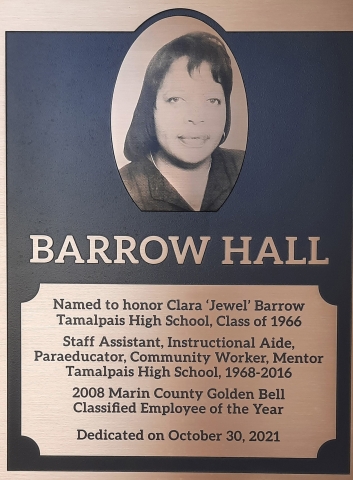 “Jewel’s contributions to Tam were immeasurable and thus, we felt this honor was more than appropriate,” said Principal Farr, who was instrumental in convincing the board of trustees to approve the renaming last spring.

Though Barrow has been retired for six years now, her impact is still felt to this day.
During Barrow Hall’s dedication ceremony last fall, former administrators, teachers, students, and family members reunited to share stories of Barrow's impact on the community.

Barrow "always an advocate for students"
"Often standing in for parents, Jewel was always a link, always an advocate for students,” former principal Frank Gold said at the dedication ceremony on October 30. “Despite continued changes with race riots, voting campaigns, the women’s movement, Title IX, funding catastrophes here at Tam, school enrollment going down and all these changes – Jewel rose with them.”

School buildings named after classified employees may be a rare occurrence, but the impact CSEA retirees have on their school communities are simply undeniable.

Whether a school building dons their name one day or not, CSEA retirees leave their schools a better place than when they found it. In Barrow’s case, finding Barrow Hall on campus these days will be a lot easier.

“Before I retired, I was told that something was going to be named after me. They chose a building, and I am elated,” Barrow said during the dedication ceremony. “I’ve had so many great times here on this campus. I have learned so much from the students, from the parents, and staff. I’ve been overwhelmed. I’m still overwhelmed. I’m just going to say. ‘Thank you.’”

This article was written by David Ngô and first appeared in CSEA's Retiree Newsletter.